This is the Pecha Kucha presentation I did in El Paso in 2008, the week my book of drawings came out. I read the text below, while projecting the following drawings behind me:

My name is Karl and I'm a troublemaker.

A year ago I ran away from Albuquerque and have been living in Juarez, with the rest of the bad boys, ever since.

However, when I show my drawings to others, I get no response.  Right now I'm trying to decide if  I'm ok with that.

This week I self-published a book on Lulu dot com called "Drawings that Don't Get Much Attention."  The black-and-white images you see projected behind my shoulders are selections from that book.

While I was developing my style, I never cared if anyone looked at my drawings or not.  For years I struggled to get my figure drawings to obey gravity.  After a while I made some progress, and  managed to imply the space around the figure, as well as thicken the space inside.  Later, when that space became solid, --enough so that I could imagine reaching right through the figure -- I abandoned realism to emphasize motion and the music.  For me, it's far more important that the drawing look like it can move, rather than resemble the actual person I'm sketching. Finally, a couple of years ago I showed off a few drawings  I was proud of to my artist friends. Nothing. No response.

I did get advice.  My friends said if I would shade my drawings, or put some color in them, other people might pay attention.  However, when I shaded my figure drawings they gained weight and turned to marble.  The music died, and my ephemeral aesthetic collapsed.

Last year I discovered the SpAG gallery here in El Paso and decided to redouble my efforts and show to a wider audience.  Keith would hang anything, as long as I showed him the money up front.  So I exhibited not once, but four times in a row --  I am that vain.  I printed out my figure drawings on banners, life sized, five feet high.  I made postage stamps that actually went through the US mail.  I made a bigger rubber stamp that, when punched onto paper, produced an image that looked like an etching -- just to offend the printmakers and lithographers.  3 of the 4 times I showed I filled that little room in the back of the SpAG gallery.  I put all my ideas into those exhibitions. I showed vinyl cut stickers, published a book, put stuff on the Internet, exhibited collaborations. Nothing. I never heard any casual feedback, not during or after the exhibition.  In fact, to this day, I haven't even heard anyone bad mouth my drawings from those shows.

A couple of weeks later my car died in Las Cruces.  I had it towed to the junkyard.  No love in that town either. Nevertheless, I managed to make it back to Juarez about 1 AM in the morning.  That's when the police stopped me.  "Where are you from, what do you do?"

I replied that I was from the United States and that I'm an artist.

"Can I see your backpack?"

When I handed him my backpack he reached in and took out my sketch pad.  And then he proceeded to look at every one of my drawings one by one, at his leisure.  Meanwhile, his partner got out of the car, stood next to me, and asked me for my wallet.

I thought "Man, I'm going to Mexican jail where I'll never get any attention again for the rest of my short life."  However, after about ten mintues, the officer gave me back my pack and told me I could go home.

About a month later I got stopped by the Juarez police again at the same hour.  I had to show them a photo porfolio of my drawings, pretty much the same stuff you see now projected over my shoulder.  He said "What kind of art is this?" and told me to go home.

What's so incredible was that this was just a few weeks after they published the hit list, but before they sent the army into Juarez.  Drug lords were shooting Juarez police officers right and left, day and night.  And yet, these dedicated professionals still took time out from their burden to leisurely look at my drawings.  They're true art lovers over there in Mexico.

Well, I'm pretty dense. I still live in Juarez.  And I figured that I could still get some attention in my native country.  So I decided to print another drawing out on a banner and bolt for California.  I hung that banner at the San Francisco Museum of Modern Art.  It doesn't get any more pretentious than that. Actually I hung it from magnetic clips across the street from the museum.  This was from 4 to 5 in the afternoon, on a Saturday.  You'd think that at that time, on that street , the place would be just crawling with art lovers.  However no one stopped.  No one even turned their heads.

After investing that much time in the experiment I thought I'd spend 15 more minutes there to see if anything would happen. Sure enough, right on cue, security showed up at 5:13 PM.  I thought "Man, I'm going to grafitti prison. I'm going to be famous."  But he just walked right by my banner drawing.  He didn't even notice.

My friend back in Albuquerque said that "I'm generating a lot of indifference."  I tell you, it's hard work to get ignored this badly.

"Hey, who put that bad painting up there?" 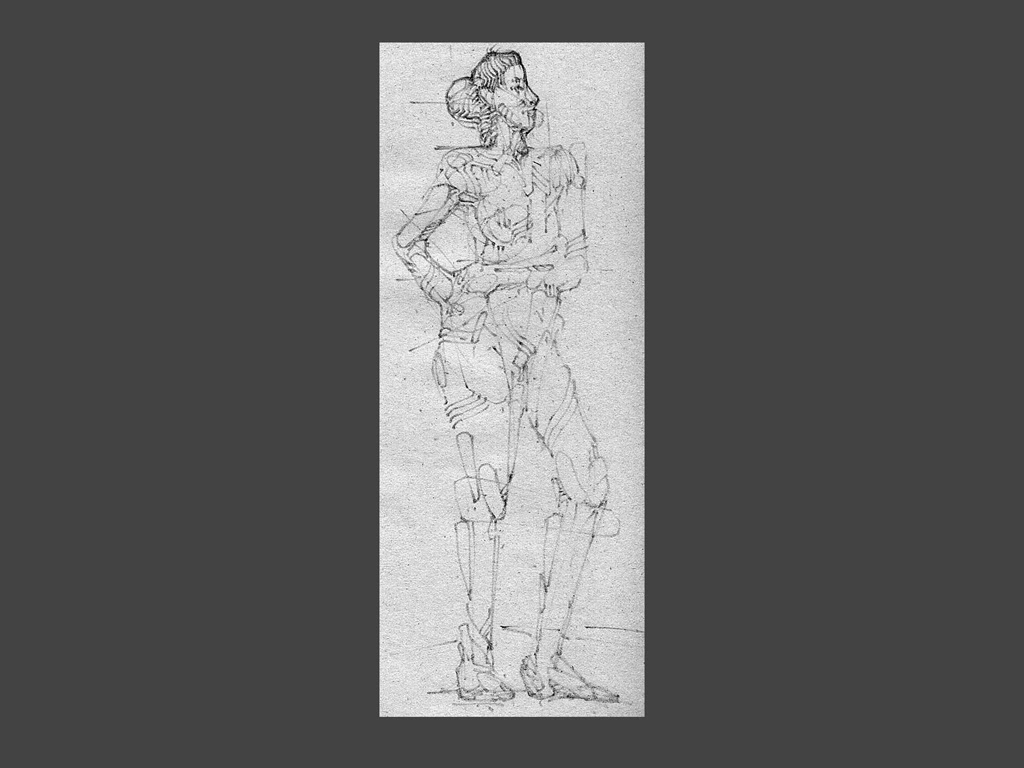 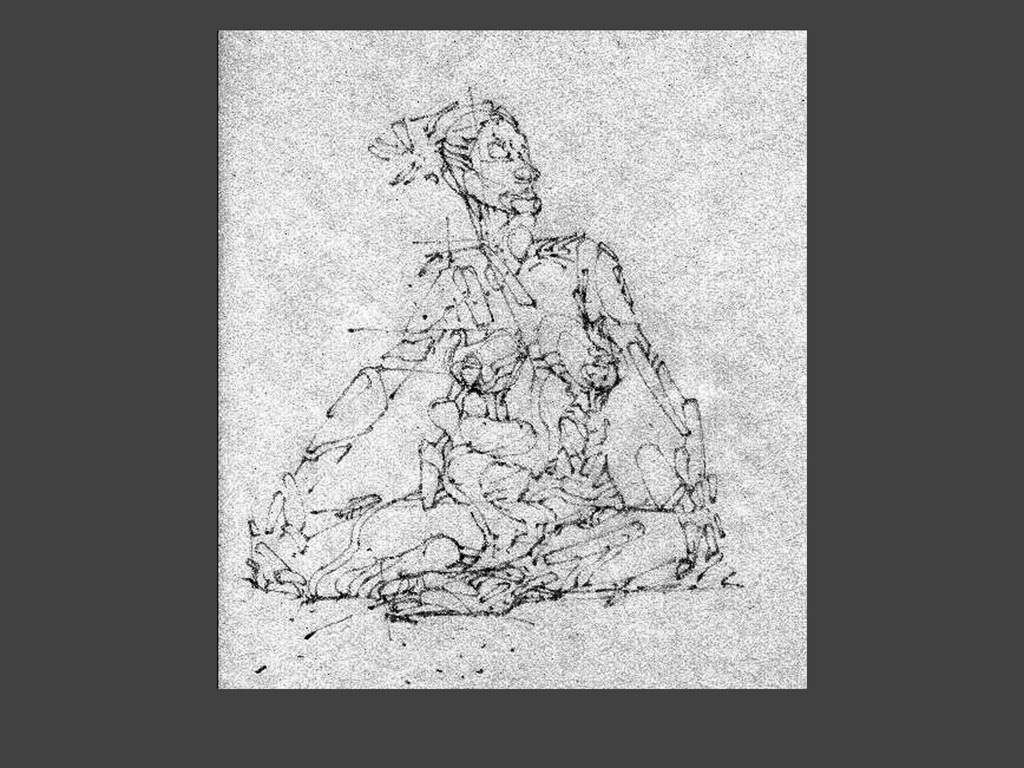 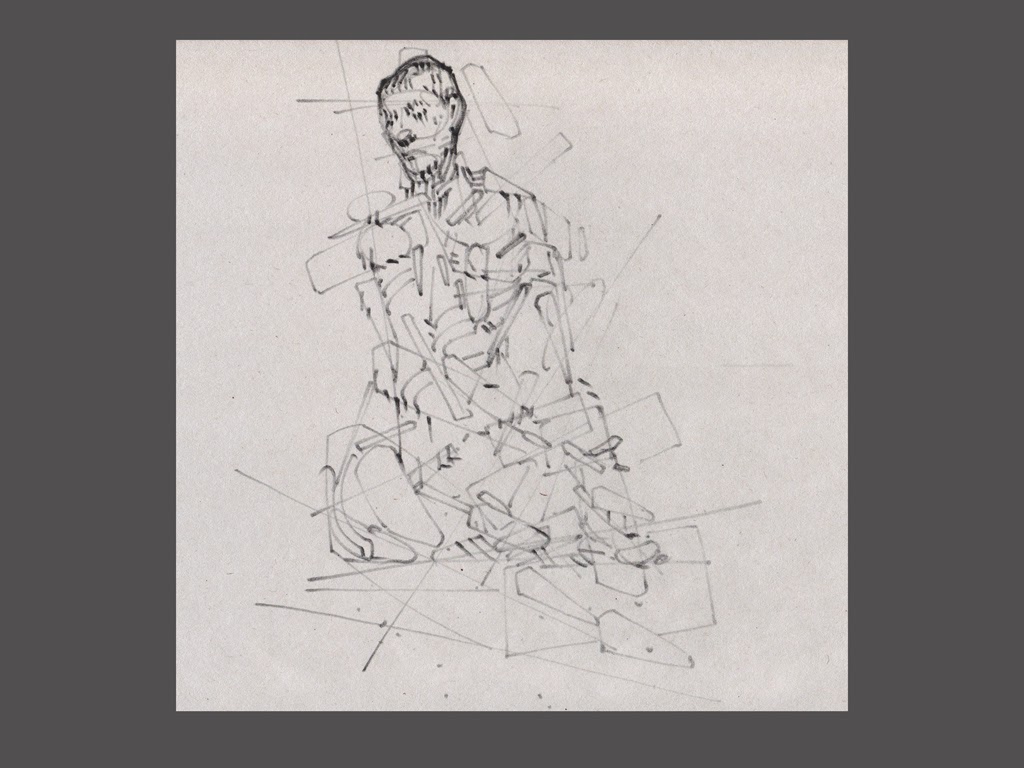 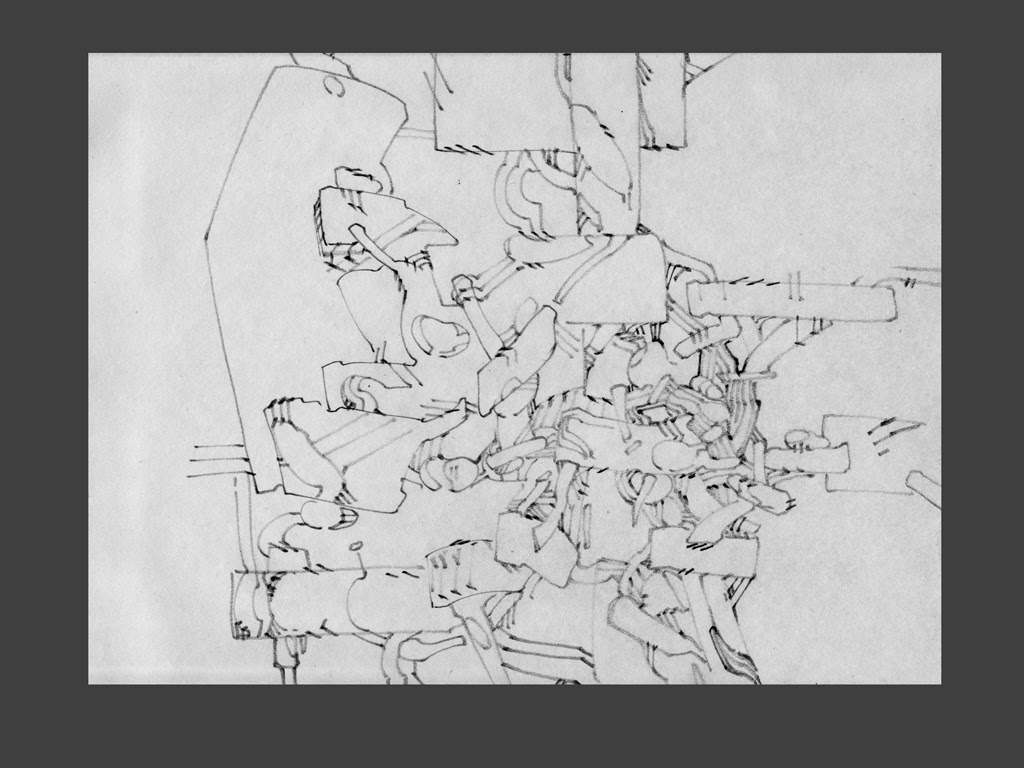 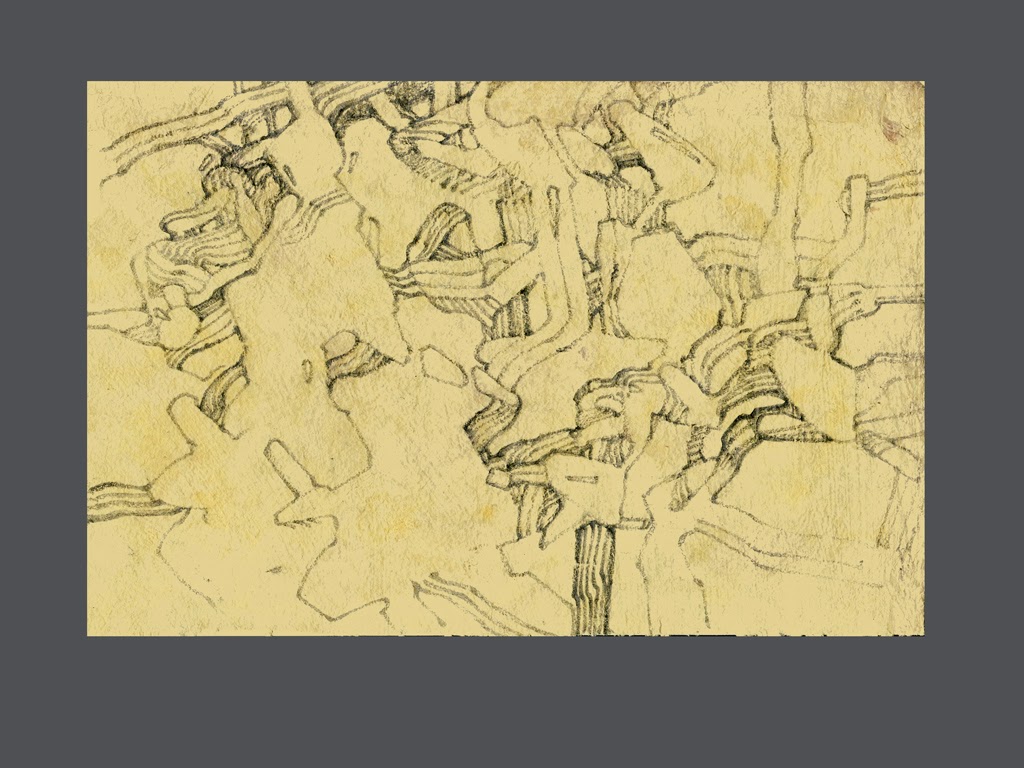 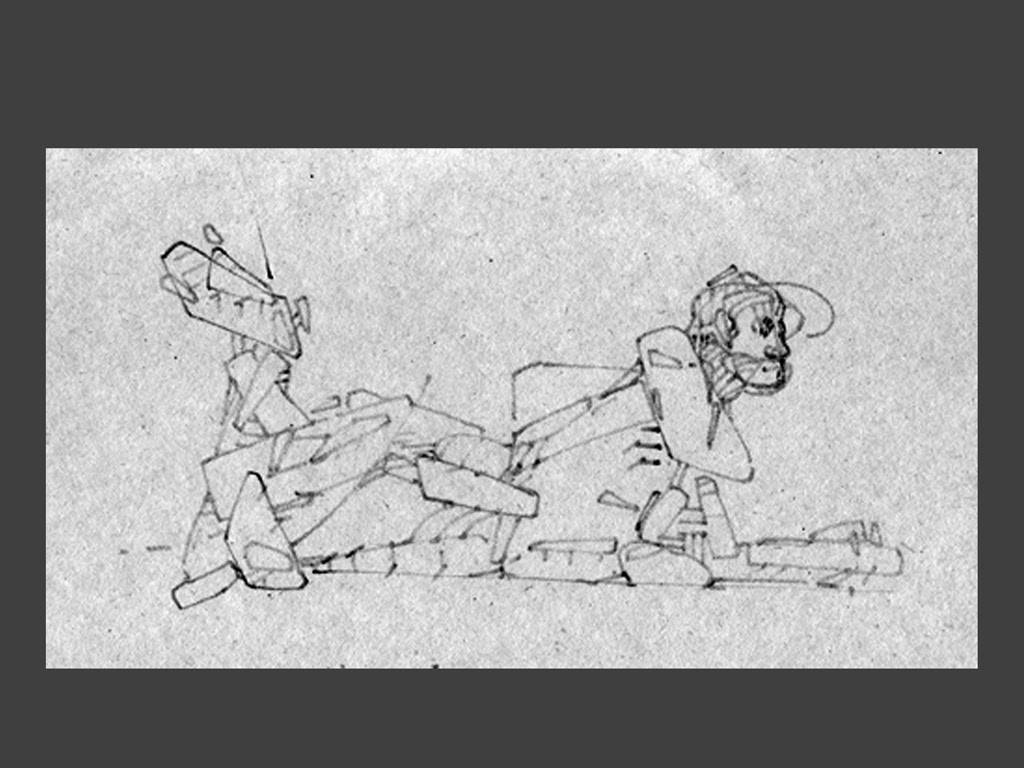 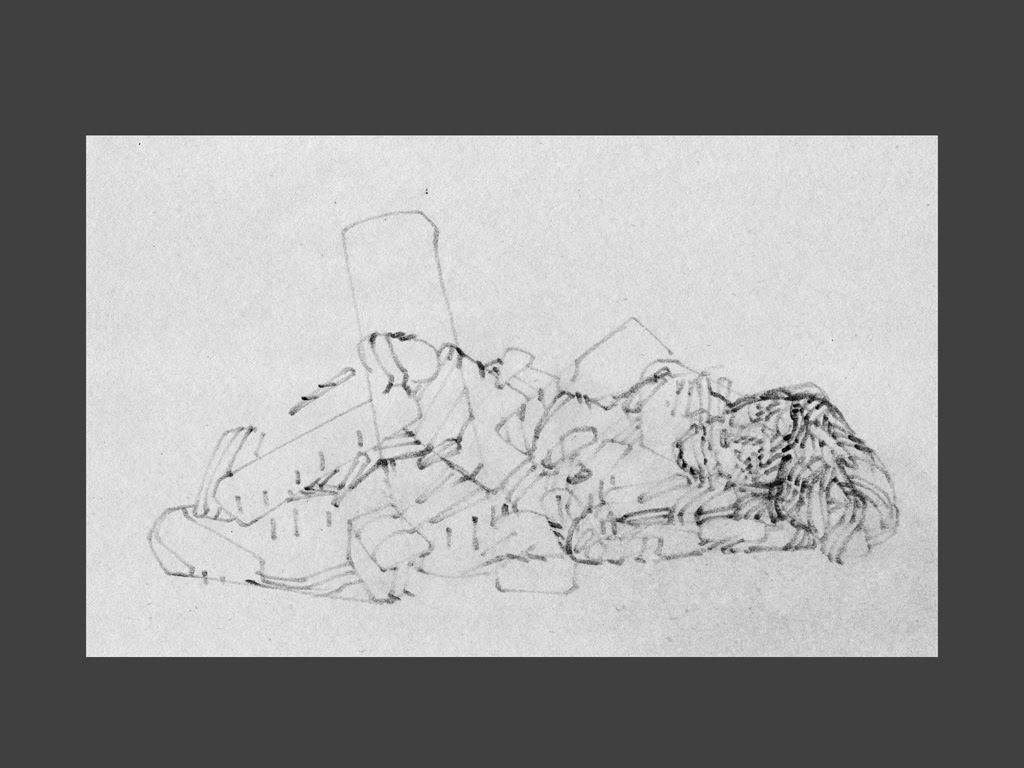 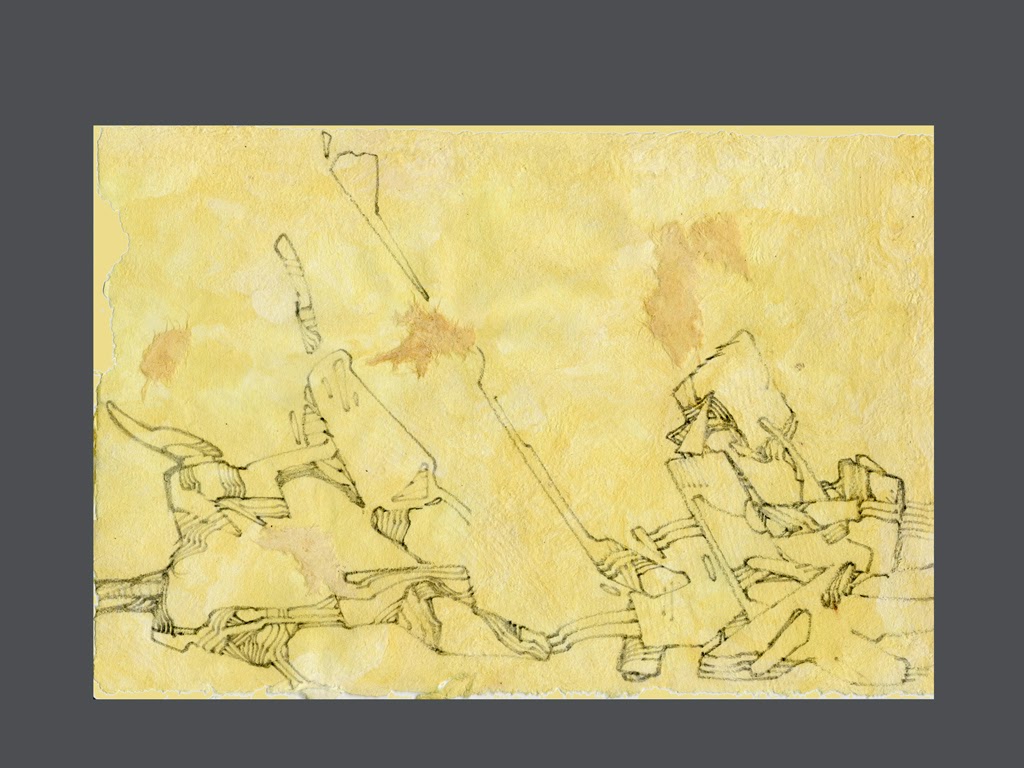 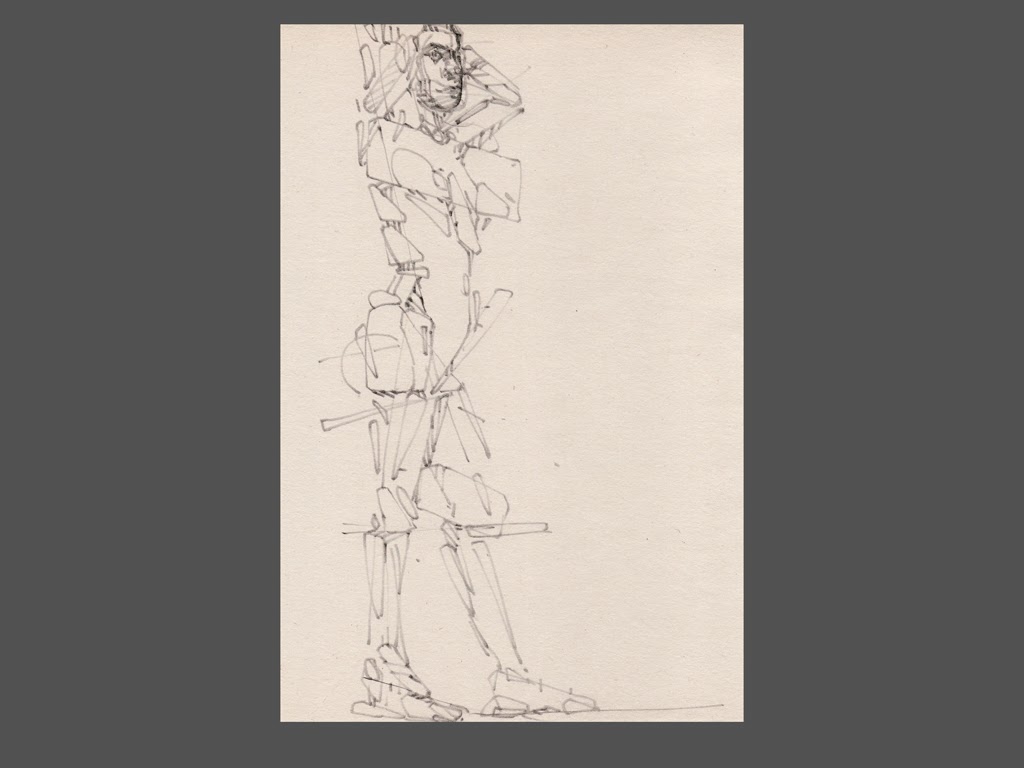 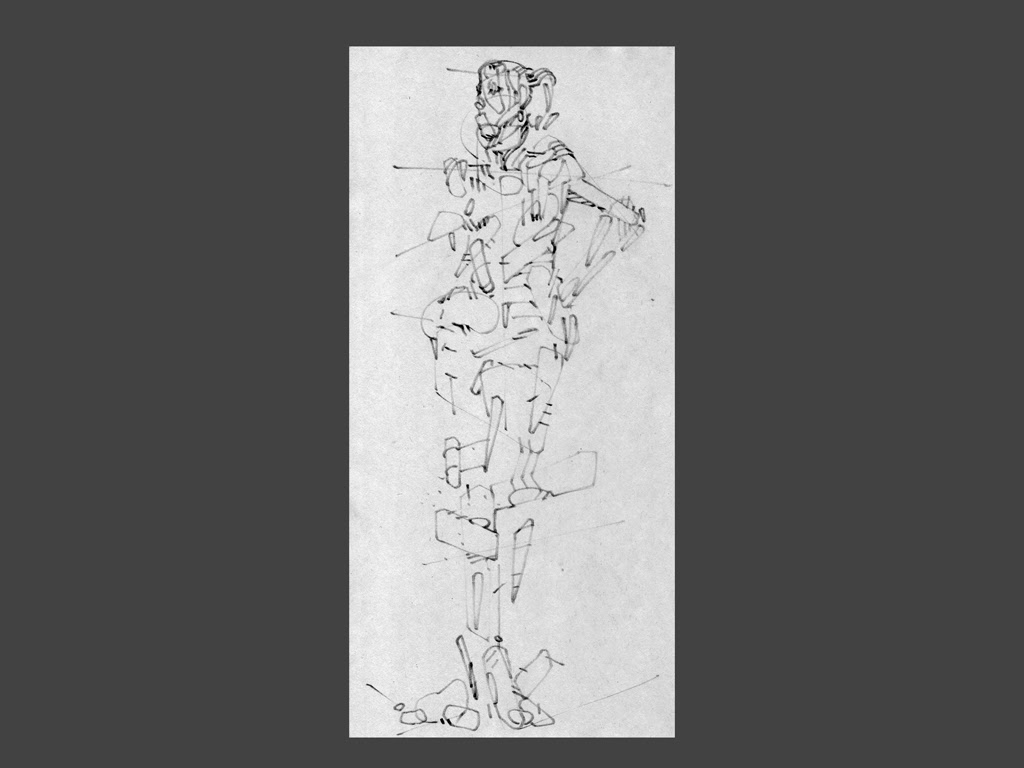 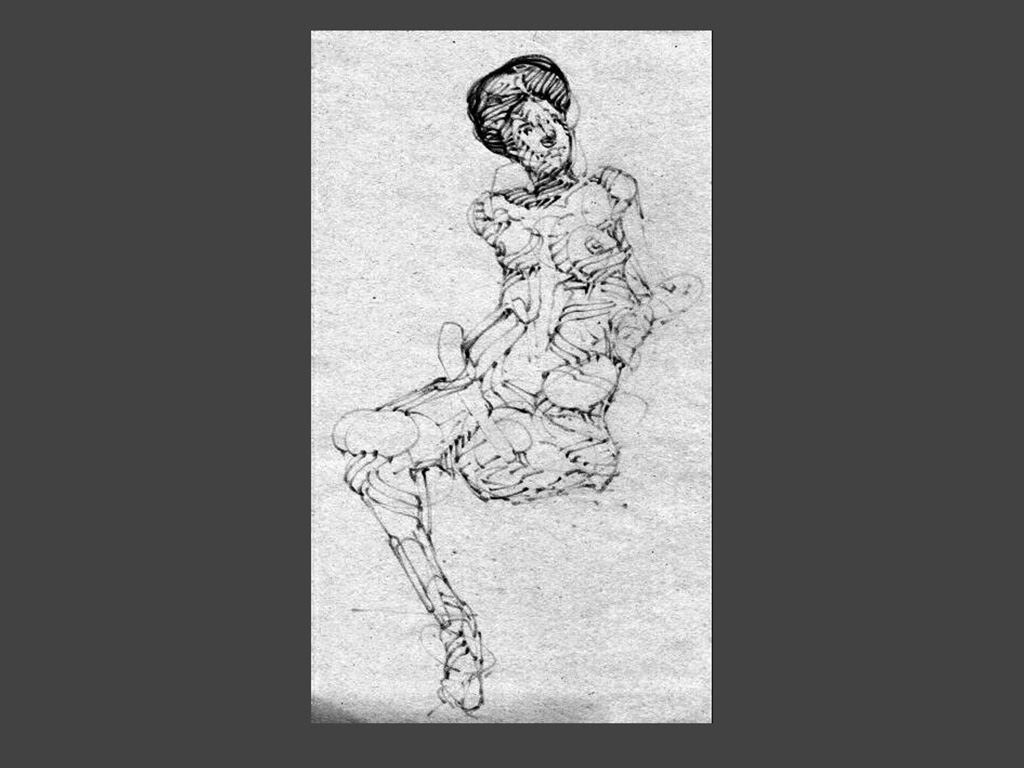 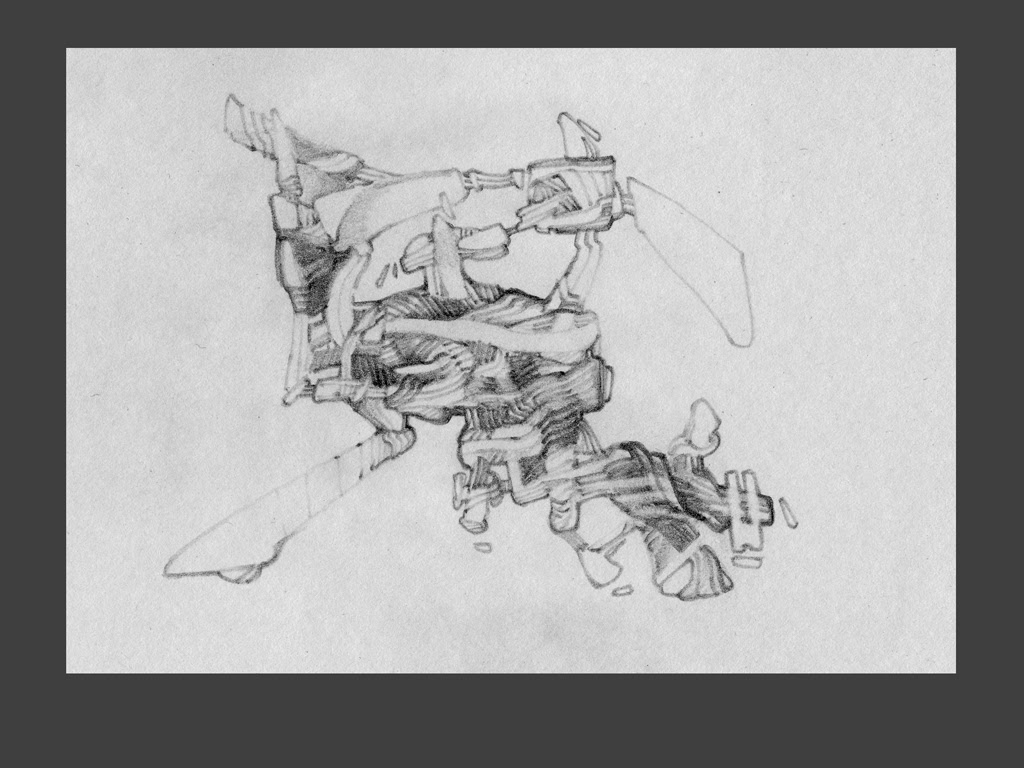 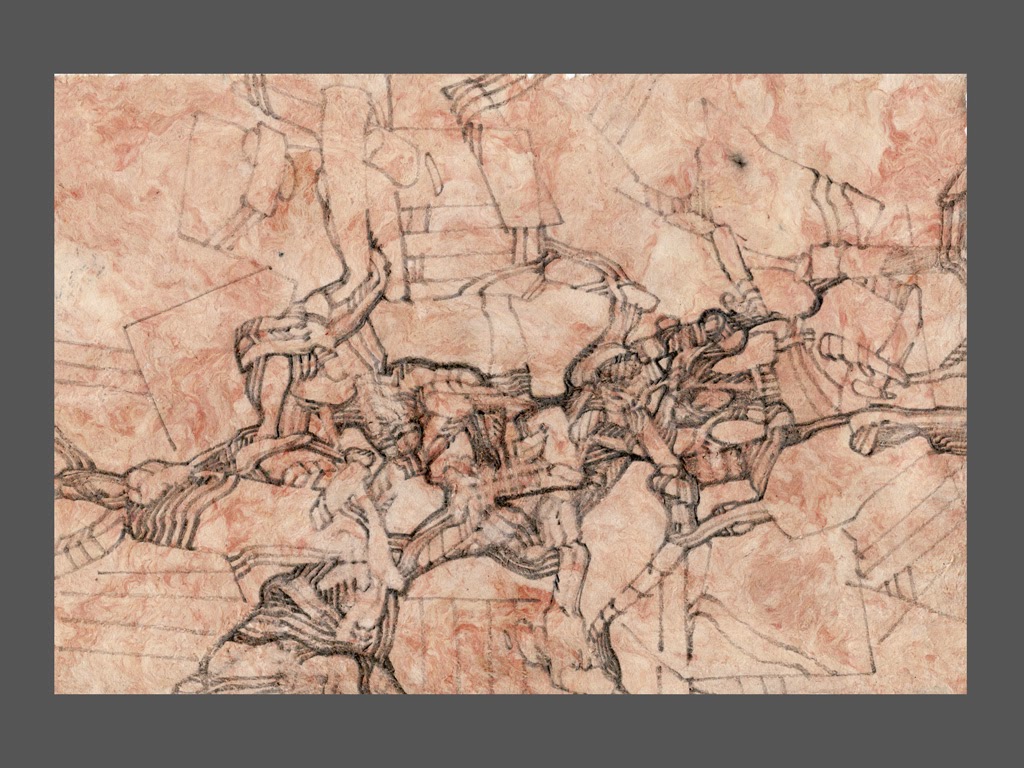 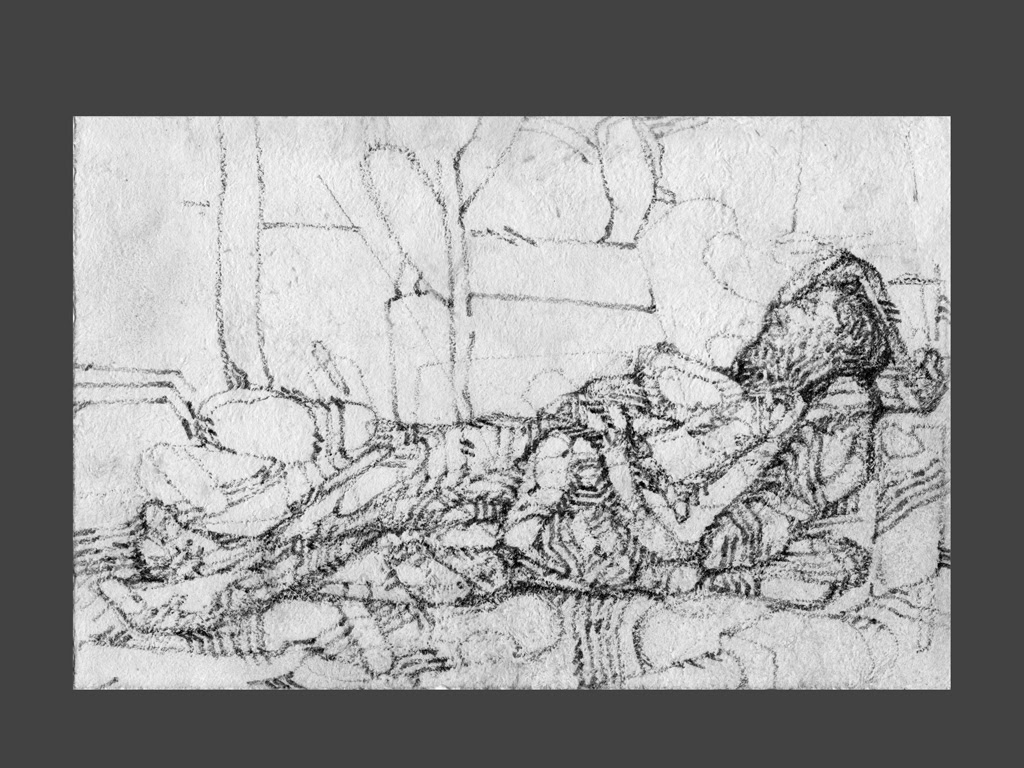 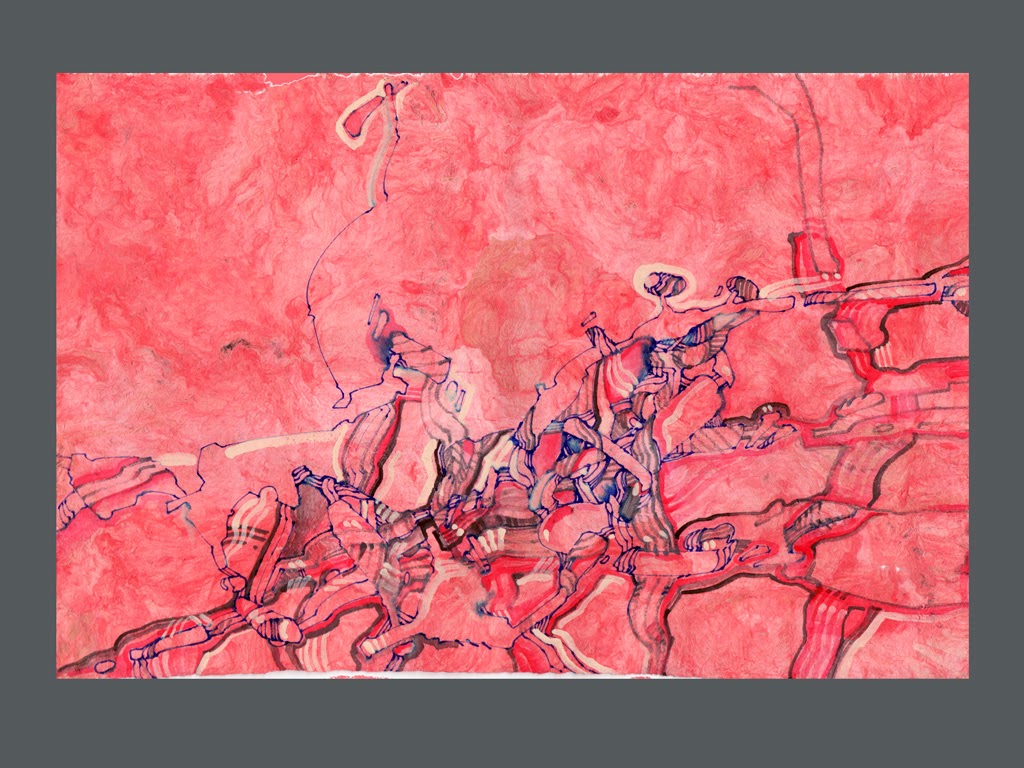 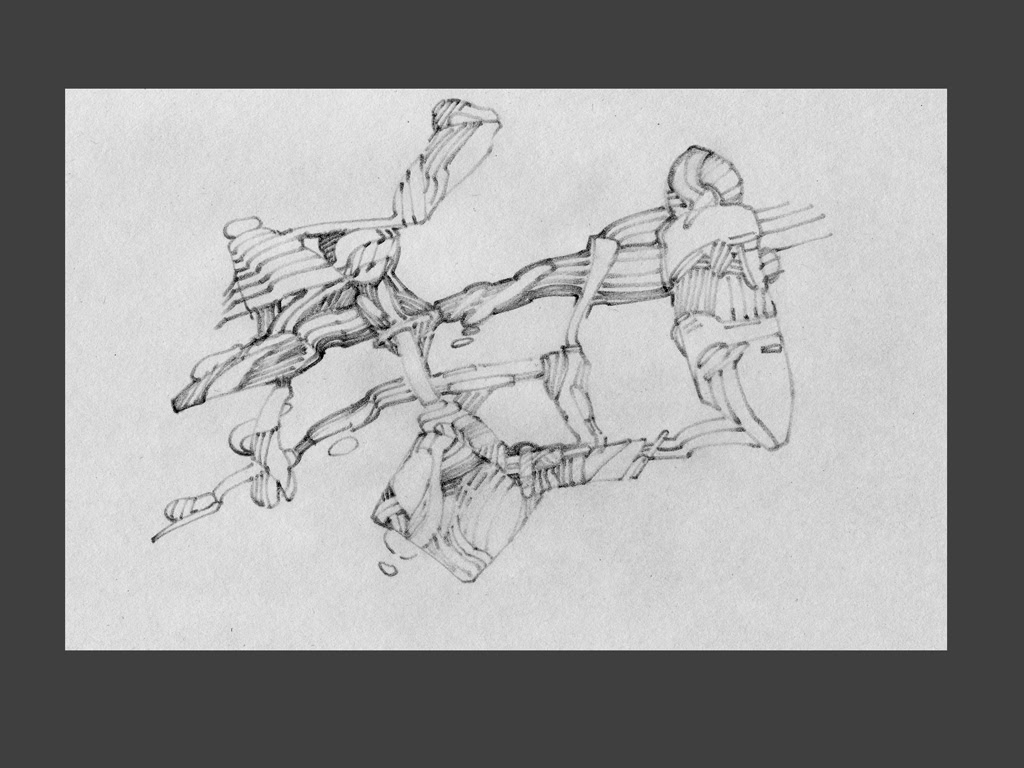 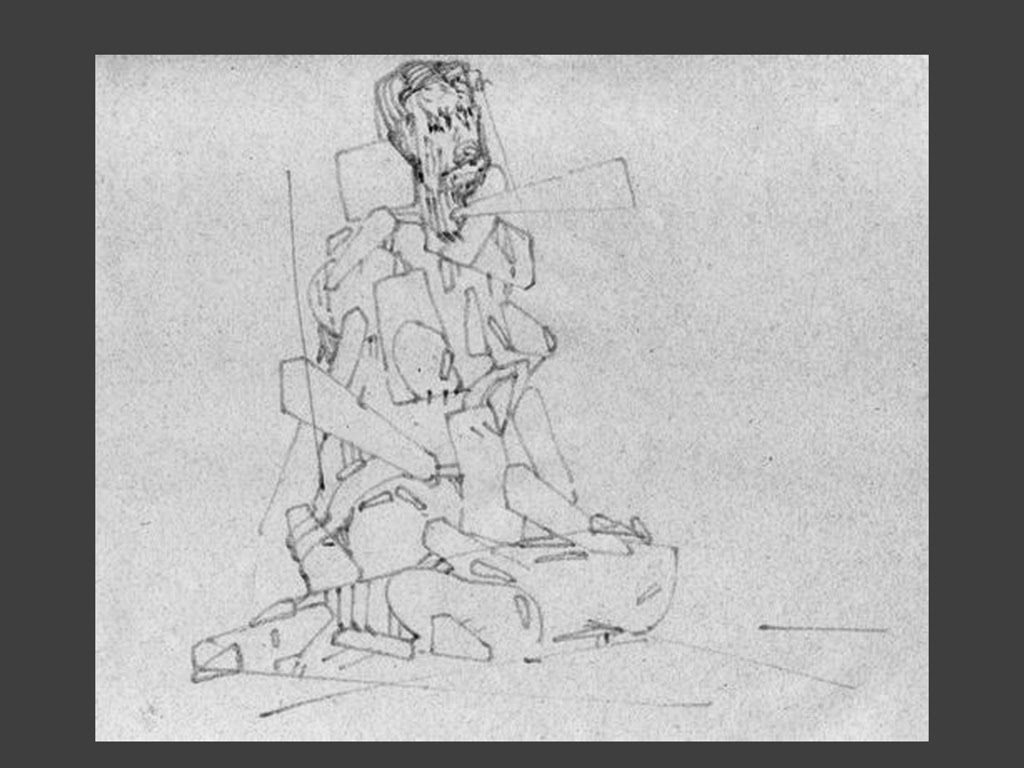 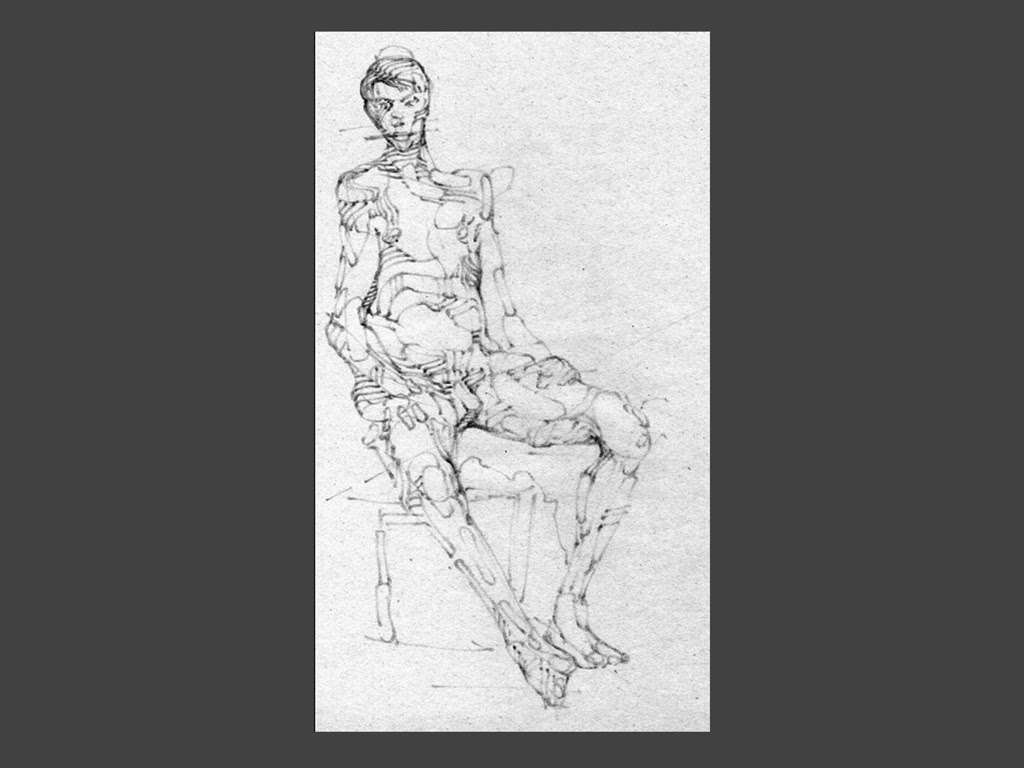 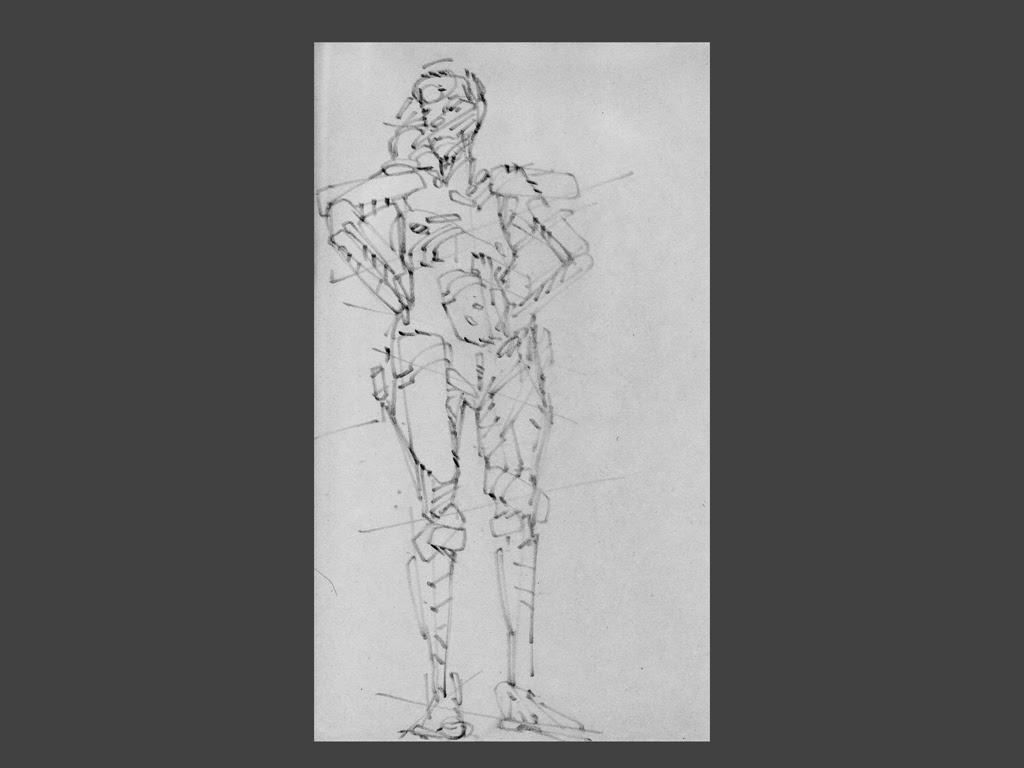 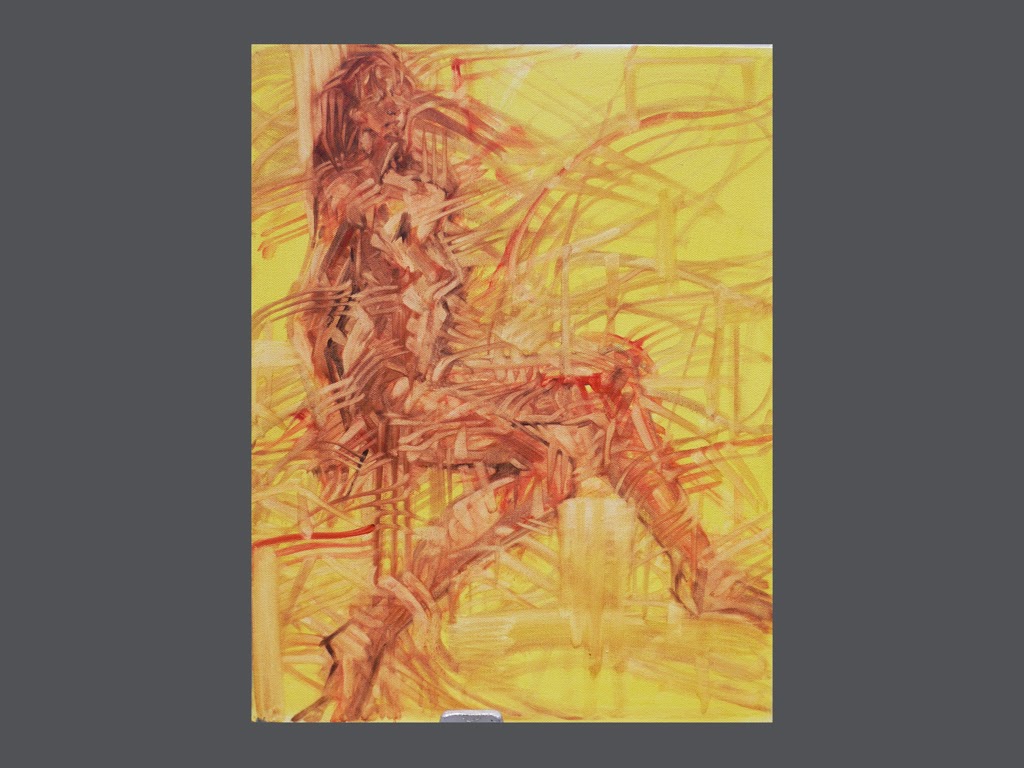