Drawn at the El Paso Museum of Art open drawing: 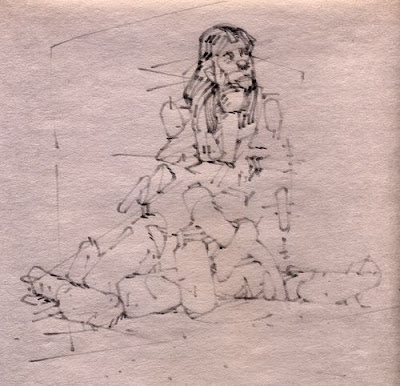 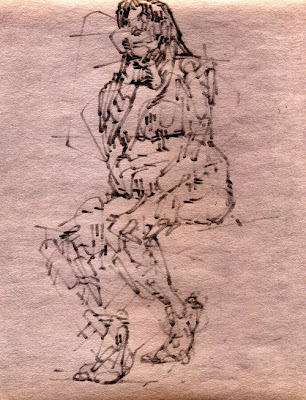 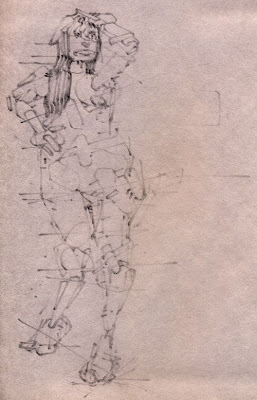 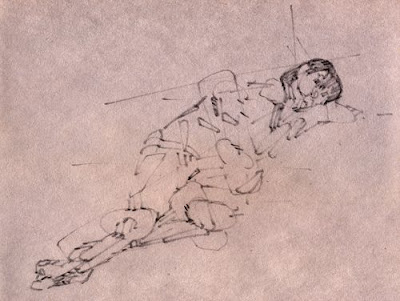 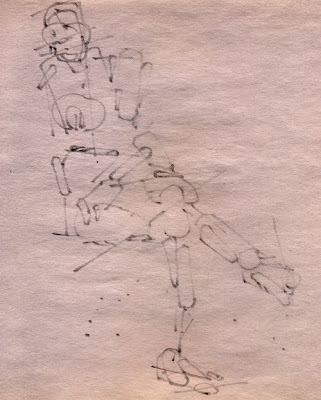 Someone noted an affinity between my drawing style and that of Eva Hesse.
Posted by Krrrl at 18:27 No comments: 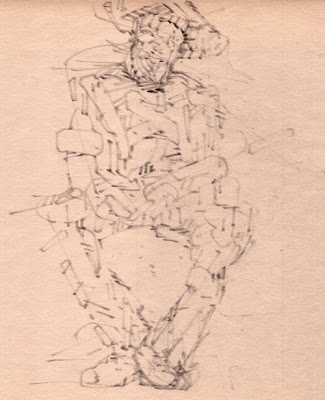 The drawing below is a 5 minute collaboration between Arne and I, where we drew the model together on the same "digital canvas" -- while sketching on 2 different computers -- with free versions of openCanvas 1.1. The night before, someone at the Austin Hackerspace showed me how to network the 2 touch screen netbooks in both Drawpile and openCanvas -- and we discovered that openCanvas worked better (plus there is an online guide). Although this final drawing is not wonderful, I did demonstrate that the digital collaboration concept can work, at least technically. We may need a Wacom and/or a real tablet PC to do a better drawing next time. 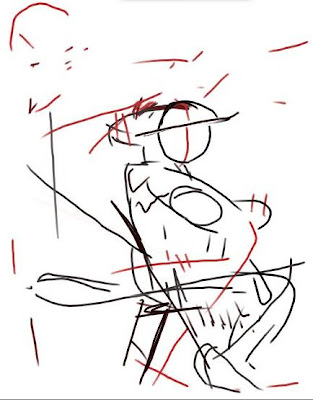 Check out these good drawings made in openCanvas: from 霧理 : 旗 and のほん。 : カリン。. It is interesting to click the images and watch a movie of those drawings being made. However, I do not think these are collaborative drawings -- because the newer versions of openCanvas do not allow networking (which I found out after I bought 2 copies).

Drawn at the Austin Figurative Gallery: 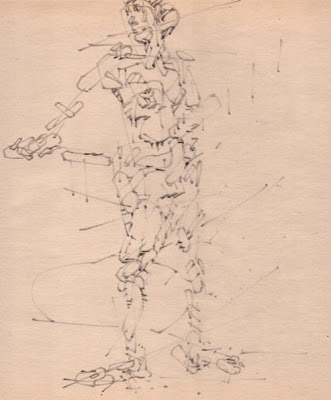 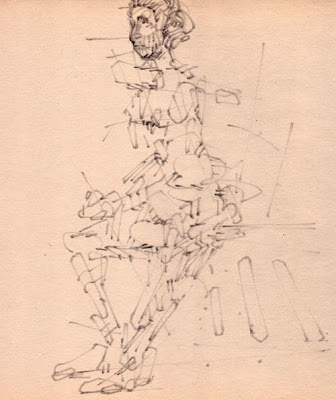 I have this collaboration fantasy of getting 2 (or more) artists -- on different computers -- to draw the same live model, at the same time, on the same "digital canvas." However, I can not get the Drawpile software (version 0.4) to connect 2 computers like it is supposed to. Perhaps openCanvas would work better; or I might have to fall back on a whiteboard software.

Thus I drew tonight in draw2xio (an HTML5 program that works in Google's Chrome browser), to experience a "second best" kind of collaboration. While I was sketching the nude model, others (from somewhere else on the planet) were also drawing on that same "digital canvas" (like in Scratchpad). The following are my first two "digital collaborative" figure drawings: 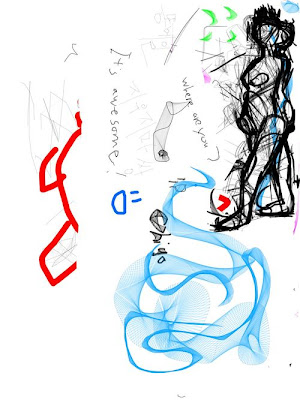 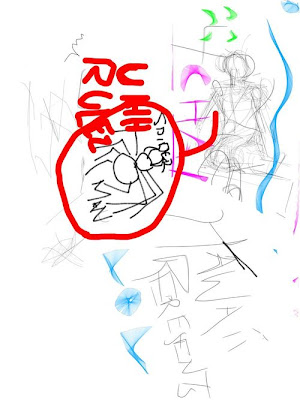 I drew on a touch screen (Lenovo IdeaPad S10-3t) with a Targus stylus. I liked the feel of the rubber tip on that stylus better than that of the plastic tip on a Wacom stylus, even if it wasn't as accurate. I connected to the Internet with a Rover Puck (which I bought in Houston) that can connect 8 computers to the Internet at the same time. It is pay-as-you-go, 4G, mini hotspot, unlimited service (no data usage cap). 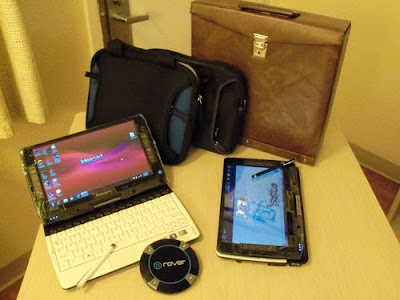 These "digital collaborative" drawings are not wonderful. Nor is my drawing set up -- which is just a "proof-of-concept." When more sophisticated tablet PCs come out later this year, like the ASUS EEE Slate, digital artists will have a better drawing pad to work on. However, the collaborative drawing software may still be lagging. I wonder why Photoshop doesn't add a "live layer" capability, where that layer would be a real time drawing from somebody else's tablet PC. Someone at the ATX Hackerspace suggested that it might be possible to write a GIMP plug-in that could connect 2 computers using that graphics software. Since South by Southwest Interactive starts this Friday, I might return to Austin to peer with folks that would understand my lust for collaborative digital drawing.

Update: 2 nights later in Lubbock we managed to do an actual collaborative drawing using the free version of openCanvas 1.1 (see the end of the next blog entry for details).

Drawn at the Full Monty group in Austin (soon to be consolidated with the Figure Forum site): 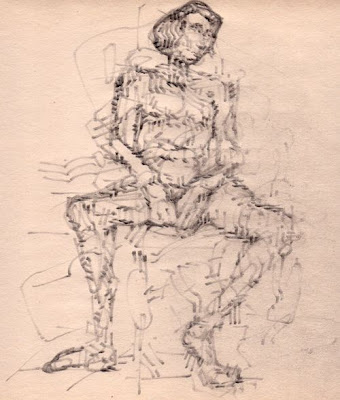 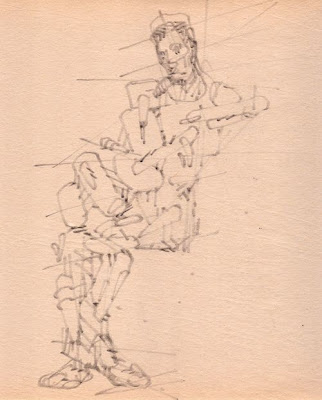 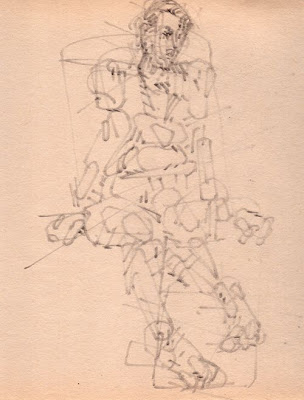