Tanya delivered a great Tucson Sculpture Festival 2014.  During the crowed opening on February 1st, Moheeb brought his OpenSkan set-up down from Phoenix, and 3D scanned the attendees.  I then had three of those scans milled out in Styrofoam at Metalphysic foundry: 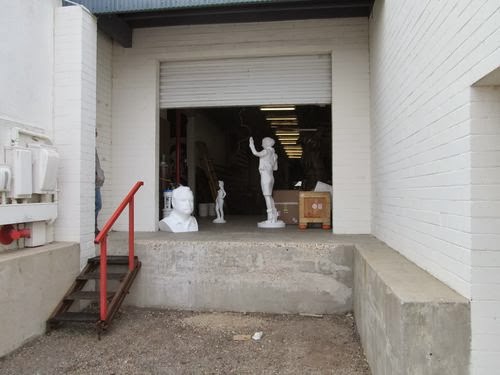 3D foam mills on the loading dock at Metalphysic 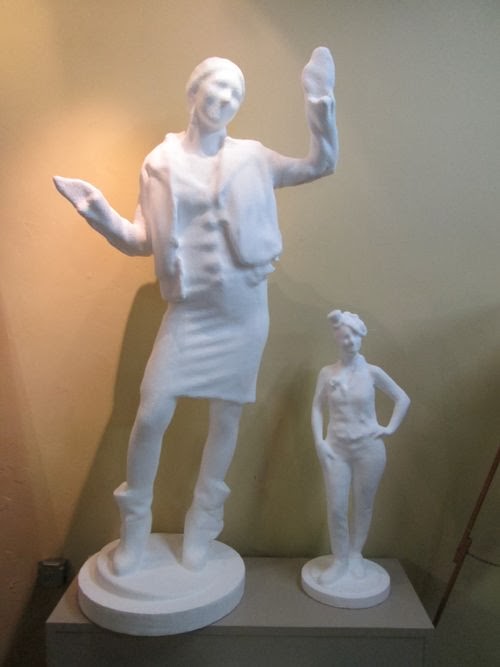 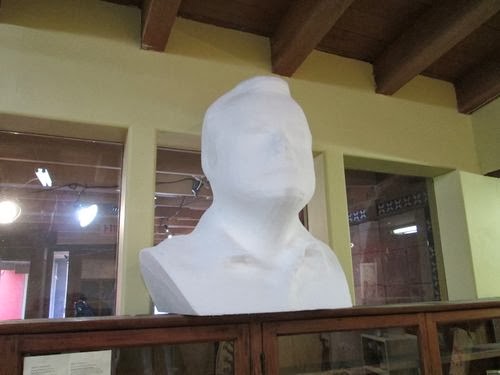 3D mill of just a head 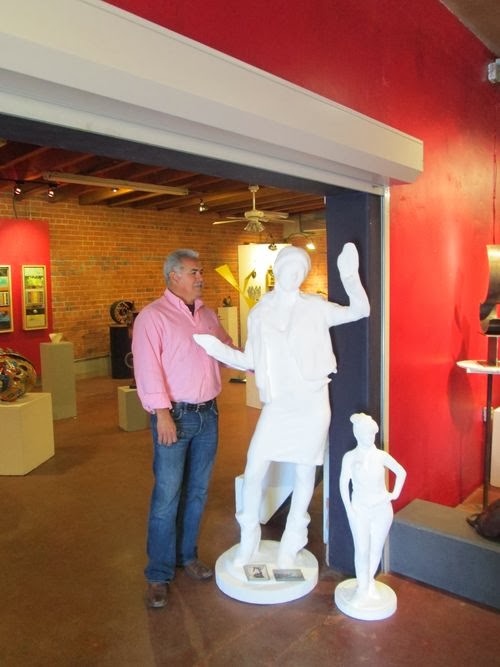 Styrofoam mills displayed in the gallery,
life and half-sized 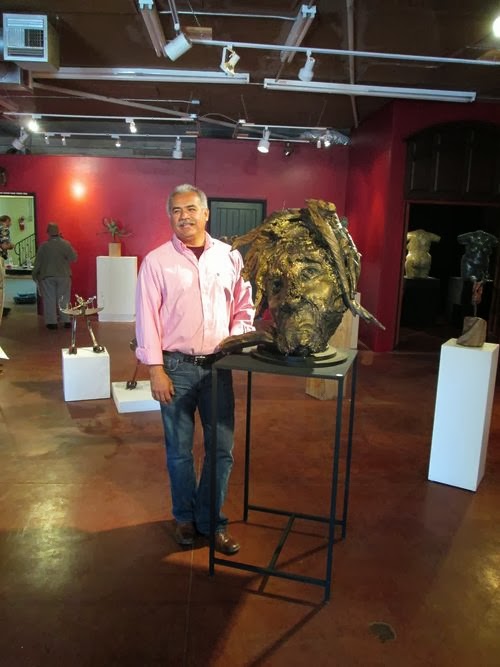 Gonzalo Espinosa next to the head he sculpted,
displayed at the Tucson Sculpture Festival 2014 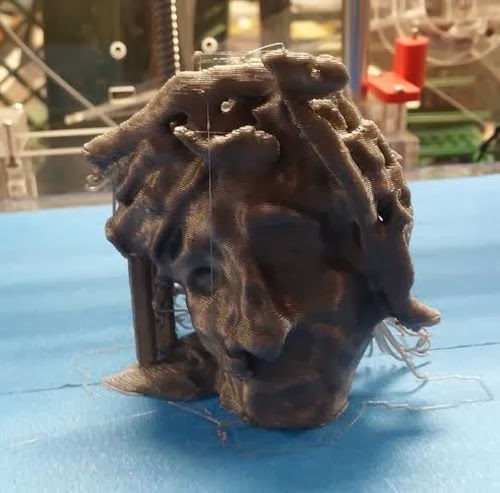 OpenSkan 3D scanned Gonzalo's head sculpture,
and Connor at Xerocraft printed it out
on the 3D printer he built, based on the Ultimaker 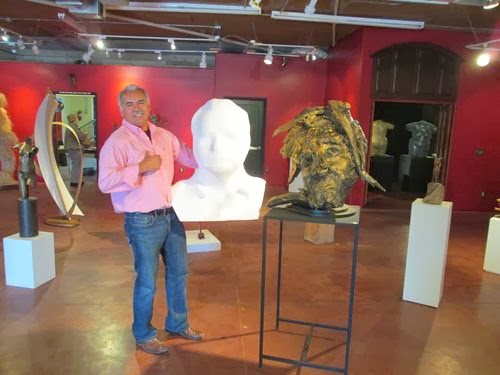 Gonzalo is using the Styrofoam mill of his head,
to make another artistic sculpture

The maker of Skratchworks sculpture medium (an air-dried clay) is in town.  Gonzalo is going to make a sculpture from this material before the Tucson Sculpture Festival closes on February 15th. 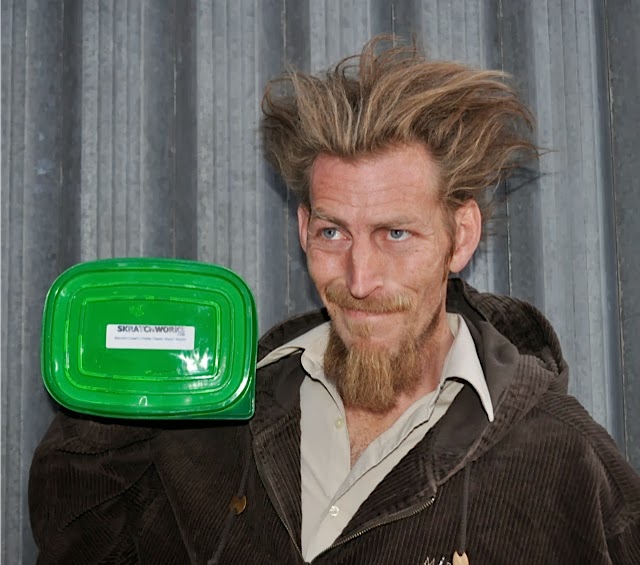 
Catalog for the Tucson Sculpture Festival 2014 is available at Lulu: 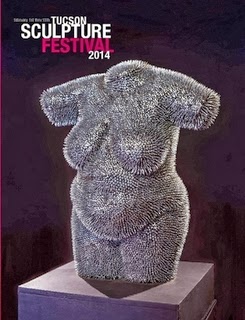 The catalog can also be viewed online at ISSUU. 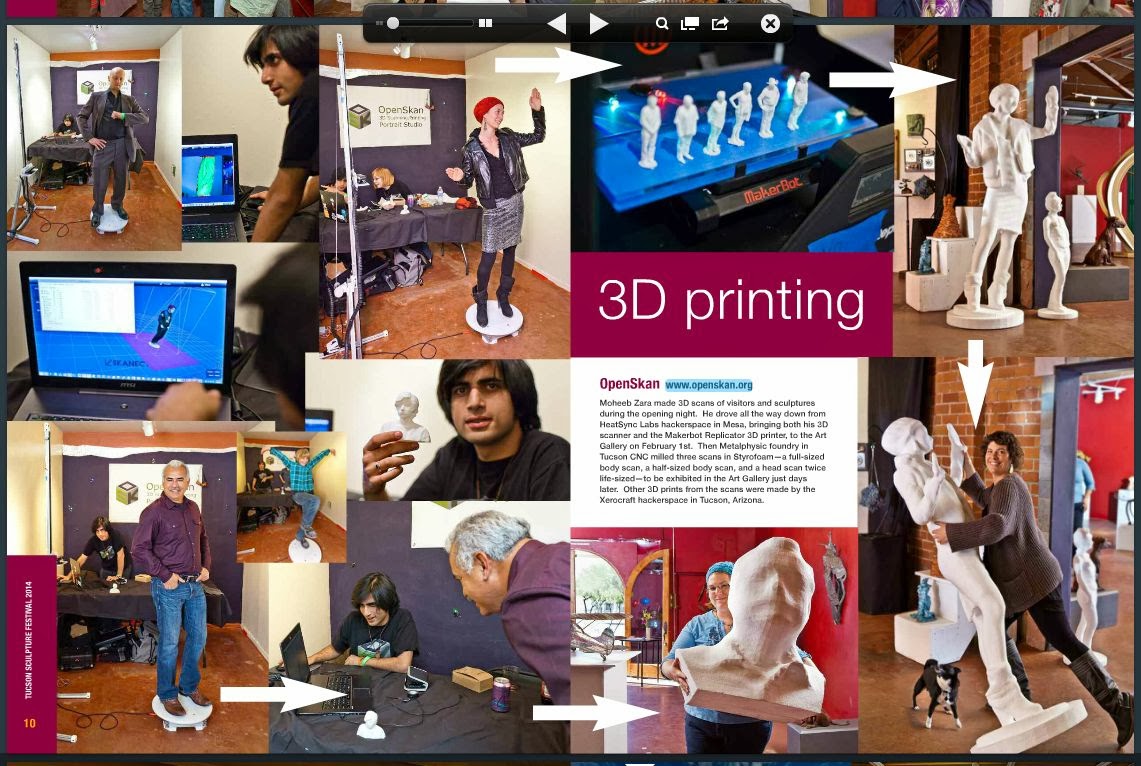 Moheeb Zara made 3D scans of visitors and sculptures during the opening night. He drove all the way down from HeatSync Labs hackerspace in Mesa, bringing both his 3D scanner and the Makerbot Replicator 3D printer, to the Art Gallery on February 1st. Then Metalphysic foundry in Tucson CNC milled three scans in Styrofoam -- a full-sized body scan, a half-sized body scan, and a head scan twice life-sized -- to be exhibited in the Art Gallery just days later. Other 3D prints from the scans were made by the Xerocraft hackerspace in Tucson, Arizona.

During the sculpture festival there was a presentation at 6 PM most nights at the Sculpture Resource Center.  Gonzalo Espinosa showed slides of his career, and then invited art discussion over "Mental Menudo." 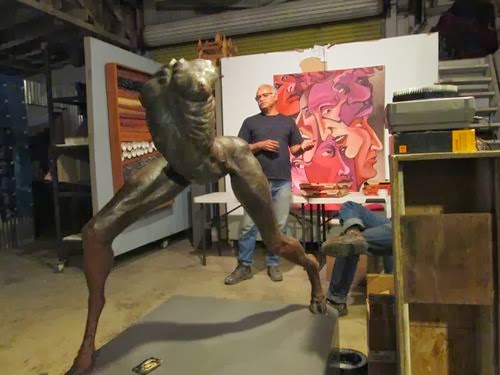 Gonzalo speaking at his presentation
on Feb 13th 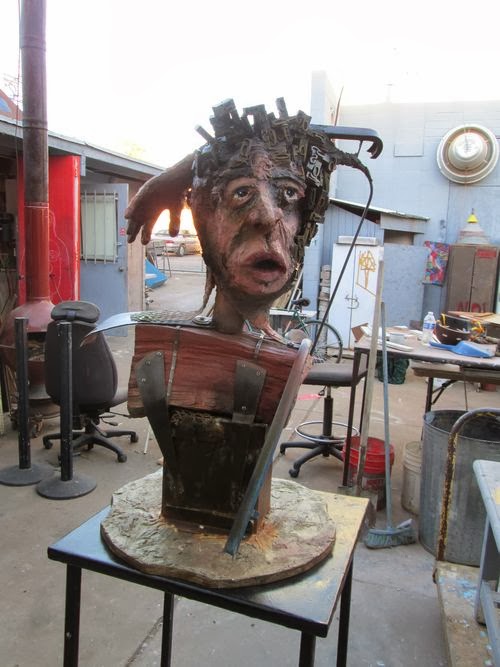 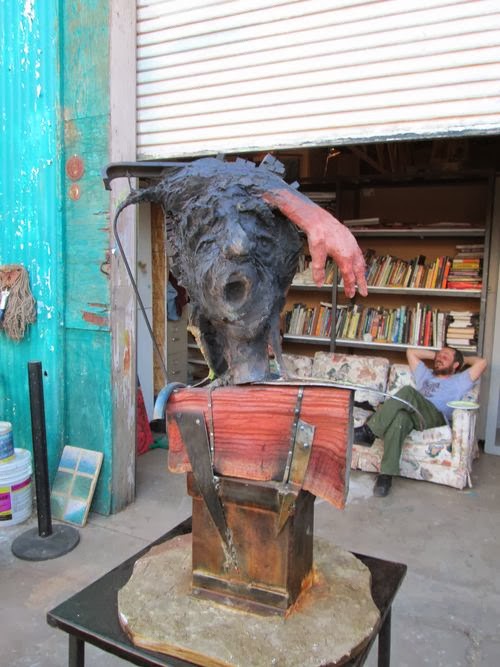 The back side of Gonzalo's masterpiece 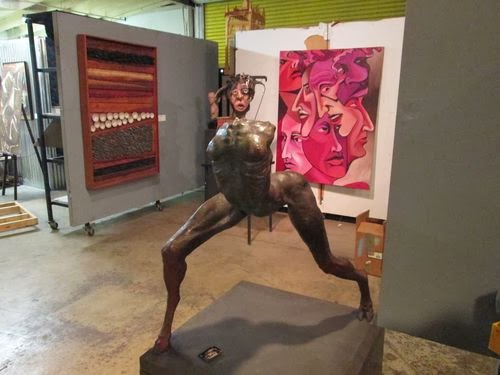 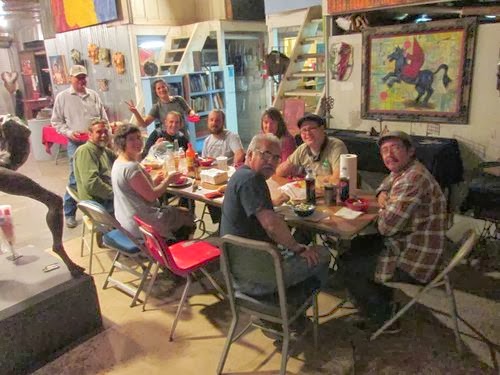